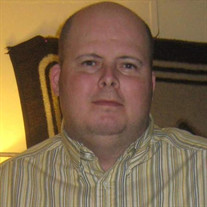 Willard Ray Watts, age 50, of Evensville, passed away Saturday, June 27, 2020 at his home in Evensville. He was born on March 11, 1970 in Chattanooga, the son of the late Donny Ray and Carolyn Dianna (Dennison) Watts. Willard was also preceded in death by his brother, John McConkey and his sister, Robby Lucas. Willard was raised in Soddy Daisy and lived in Dayton since 1992. He was a shift manager in Wendy’s for the last six years, worked at Krystal for two years, employed at Lear for five years and at Lowe’s for several months. Willard enjoyed reading the bible and fishing. He was a member of the First United Pentecostal Church in Dayton. “Willard was a good person, always liked to help others. He was caring and loved his family. Willard had a big heart.” He is survived by his wife of 27 years, Sandra Daine Watts; son, Michael (Kasie) Cox and granddaughter, Sophia Cox of Ringgold, GA; son, Derik (Cheyenne) Watts and grandchildren, Nickolas Watts, Khloe Watts, Zellie Watts and Kaydence Watts all of Soddy Daisy; daughter, Amanda (Coy) Hayes and grandson Xander Hayes of Dayton; son, RJ “Meat Head” (Laura Beth) Watts and grandchildren, Deytona Watts and Branston Watts of Dayton; sons, Robert Watts and Daniel “Bonehead” Watts both of Dayton; son Rex Howe, Jr. and granddaughter, Jocelynn Eliza Howe of Dayton; brother, Tommy (Barbara) Dennison and niece and nephew, Rocky and Cassandra of Hixson; brother, Daniel Watts of FL; sister, Donna Jean Watts of FL; and nieces, Kristen and Brittany of Smithville. A memorial service for Willard will be held Friday, July 10, 2020 at 2:00 p.m. at First United Pentecostal Church in Dayton. Please share your memories of Willard on his online guest register at www.vanderwallfh.com. The family is being cared for by the Vanderwall Funeral Home in Dayton.

Willard Ray Watts, age 50, of Evensville, passed away Saturday, June 27, 2020 at his home in Evensville. He was born on March 11, 1970 in Chattanooga, the son of the late Donny Ray and Carolyn Dianna (Dennison) Watts. Willard was also preceded... View Obituary & Service Information

The family of Willard Ray Watts created this Life Tributes page to make it easy to share your memories.

Send flowers to the Watts family.