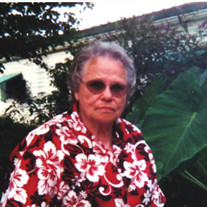 Sylvia Everett Graysville Sylvia Elnor Everett, age 85 of Graysville, passed away Sunday, February 5, 2017 at her home. She was born December 5, 1931 in Richland Township, MI to the late Guy Henry and Melba Marie (Irving) Kline. She is also preceded in death by her husband, Otto William Everett, in addition to her son, Cecil Everett, her granddaughter, Karrie Everett, and her three brothers, Jim, Andy, and Dale Kline; as well as her sister, June Starks. Sylvia became a resident of Graysville in 1978, and was a caregiver to the elderly in the area. She loved to play bingo and fish, and she also enjoyed going to auctions. Sylvia was a member of the First United Methodist Church of Graysville for over 36 years. Sylvia is survived by her two sons, Mack (Sonja) Everett of Sale Creek and Philip “Smoke” Everett of Graysville; in addition to her daughter, Beverly (Ken) McDonalds of Graysville. She is also survived by her brother and sister, Wendell (Mary Lee) Kline of Leonidas, MI and Sharon Lafler of Centerville, MI. Sylvia is also survived by four grandchildren, ten great-grandchildren, and two great-great grandchildren. A visitation will be held for Sylvia in the funeral home chapel on Wednesday from 2:00pm to 6:00pm. She will be laid to rest in Rhea Memory Gardens with her husband. Please share your memories of Sylvia in her online guest register at www.vanderwallfh.com. The family is being cared for by Vanderwall Funeral Home in Dayton.

The family of Sylvia Elnor Everett created this Life Tributes page to make it easy to share your memories.

Send flowers to the Everett family.