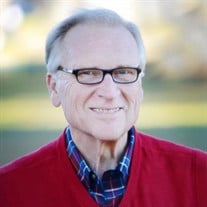 Stephen Neal D. Snyder of Dayton, TN was received into the glorious presence of King Jesus on December 24th, 2020. Steve was born on May 14th, 1942 in Takoma Park, Maryland to the late Neal Doan Snyder and Ruby Lucille Holderness Snyder. He was preceded in death by his first wife, Barbara Tanis Snyder, and his sister Vonna (Nick) Hobbs. He is survived by his wife Jennifer Long Roach Snyder, children Daniel (Tracee) Snyder of Wichita, KS, David (Donna) Snyder of Dayton, TN, Rachel (Wade) Ortego of Boise, ID, and Sarah (Ryan) Johnson of Los Angeles, CA, sister Nadine (Frank) Bready of Adamstown, Maryland, sister, Kristie Anne Marton of Ocean City, MD, and brother Kent (Patty) Snyder of Johnsonville, MD, plus several grandchildren and great grandchildren. Steve earned his bachelor’s degree in history from Morningside College, Sioux City, IA, and his Master of Arts degree in history from the University of South Dakota. Later in life, he also studied for his MDiv at Reformed Theological Seminary. Steve lived a full life. His primary duty was that of an evangelist when he was ordained to this office as a young man. He preached his first sermon at age 16. During his life, he and his wife Barbara, who he met at Bryan College in 1962 where the pair served on the “Gospel Messengers”, travelled the country with “Message in Music” and proclaimed the gospel of Christ through song and testimony. Steve’s work as an evangelist never ceased, although his careers changed throughout the years. In 1964, Steve and Barb moved to Sioux City, IA where Steve was a teacher and coach at Sioux City public schools. In 1982, he, Barb, and their four children moved to Dayton, TN where he served as the first director of Alumni Affairs at Bryan College. In 1989, he and Barb founded the Coldwell Banker real estate office in Dayton. During these years, Steve and Barbara also founded two Bed and Breakfast Inns, were restaurateurs, and renovated and sold many homes in the Dayton area. Steve’s passion for history led him to restore three historic homes in Dayton, one of which was added to the National Register of Historic Places. In 2007, Steve lost his beloved wife, Barb, who was called home to King Jesus. God provided Steve a second love, and he and Jennifer were married in December of 2007. Together they continued a life of evangelism in their ministry to those in need of Christ in the Rhea County jail system and Recovery of Dayton. Although Steve had many talents, he is likely best remembered for his skills as a teacher. Steve impacted thousands of students as a high school teacher, track coach, and later in life, as a college professor at Chattanooga State’s Dayton campus. Unashamed of the gospel, the walls of his classroom in high school were adorned with wisdom from God’s Word. His hope for his students was that they would know the same Savior he did, Jesus Christ. A funeral service will be held at Westminster Presbyterian Church on Sunday, December 27th, at 2 PM. Due to the pandemic, there will be no visitation, but the family welcomes anyone who wishes to come to the service. After the service, the family will participate in an interment service at Rhea Memory Gardens where Steve will be laid to rest next to Barbara. Memorial contributions may be made to Westminster Presbyterian Church in Dayton where Steve was a member. Please share your memories and photos of Steve on his online guest register at www.vanderwallfh.com. The family is being cared for by the Vanderwall Funeral Home of Dayton, TN.

Stephen Neal D. Snyder of Dayton, TN was received into the glorious presence of King Jesus on December 24th, 2020. Steve was born on May 14th, 1942 in Takoma Park, Maryland to the late Neal Doan Snyder and Ruby Lucille Holderness Snyder. He... View Obituary & Service Information

The family of Steve Snyder created this Life Tributes page to make it easy to share your memories.

Stephen Neal D. Snyder of Dayton, TN was received into the glorious...

Send flowers to the Snyder family.