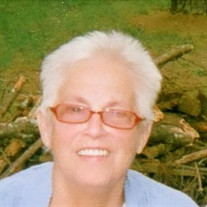 Ruby Viola (Revis) Wilkey, age 81 of Dayton, went to her heavenly home, Tuesday June 16, 2015 at her home. She was born September 6, 1933 in Rhea County to the late Harry and Dora (Barley) Revis. She was also preceded in death by her daughter Kimberly (Wilkey) LeMay, her sister Jeannette “Sis” Mincey, and five brothers Doyle Revis, R. C. Revis, Harley “Hop” Revis, Luther “Hunk” Revis and Mackie Revis. A lifelong resident of Dayton, Ruby was co-owner of T & R catering where she cooked and catered for over forty years. She was considered one of the county’s best cooks and won numerous cooking contests. Being the wife of a minister, she was involved with several churches throughout her life. Among them are Kelly Grove Baptist Church, Oak Hill Baptist Church, and New Harmony Baptist Church and was a co-founder of Ekklesia Bible Tabernacle. She is survived by her husband of sixty years, Rev. Tommy Wilkey, her daughter Pastor Beverly (Pastor Mack) Louallen, her son Thomas Richard “Skipper”(Pattie) Wilkey, one brother Harry “Hack” Revis, grandsons Jonathan (Jennifer) Louallen and Thomas Richard “Sloan” Wilkey III, three great-grandchildren, Reagan Louallen, Kierstin Wilkey and Lora Wilkey, one great-grandchild due in November and step-grandchildren Lora Beth Ennis, Brittany Ballard and George Lemay, Jr., step-great-granddaughter Brooklyn Lovins, all of Dayton. Funeral services for Ruby will be held Thursday evening at 6:30 p m in the funeral home chapel with her son-in-law Pastor Mack Louallen and nephew Rev. Rusty Revis officiating. She will be laid to rest in Rhea Memory Gardens followed by a white dove release. Please share your memories of Ruby on her guest register at www.vanderwallfh.com. The family is being cared for by the Vanderwall Funeral Home in Dayton where they will receive friends Thursday from 4:00 p m to 6:30 p m.

Ruby Viola (Revis) Wilkey, age 81 of Dayton, went to her heavenly home, Tuesday June 16, 2015 at her home. She was born September 6, 1933 in Rhea County to the late Harry and Dora (Barley) Revis. She was also preceded in death by her daughter... View Obituary & Service Information

The family of Mrs. Ruby Viola Revis Wilkey created this Life Tributes page to make it easy to share your memories.

Send flowers to the Wilkey family.