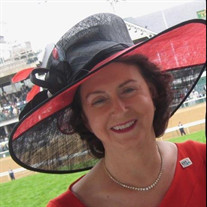 Phyllis Patterson Dill, age 78 of Dayton, passed away Thursday afternoon, June 18, 2020 at her home in Dayton. Phyllis was born on July 23, 1941 in Dalton, GA, the daughter of the late John F. and Sybil (Treadwell) Patterson. She was also preceded in death by her husband of 54 years, James Dill, Sr. Phyllis lived in Cleveland, TN from 1966 and moved to Dayton in 1973. She was a Dalton High School graduate Class of ’59, where she was elected the Dalton High School Sweetheart, attended the University of Kentucky and the University of Tennessee at Chattanooga earning her bachelor’s degree in science in 1964. She was an executive vice president and co-owner with her husband, of the Continental Car Club. Phyllis was a very active member of the Dayton First United Methodist Church. She is survived by her son, James F. (Jennifer) Dill of Dayton; her daughter, Deena (Dr. Rob) Kosciusko of Columbia, SC; grandchildren, Elizabeth (fiancé Zach Doust) Dill of Dayton, Abigail (Wes) Rea of Gulfport, AL, James F. Dill, III of Dayton, Matthew Dill of Dayton, Wyatt Kosciusko and Mia Kosciusko of Columbia, SC; her brothers, John (Brenda) Patterson, Jr. and Tony (Susan) Patterson both of Dalton, GA, and several nieces and nephews. Family funeral services for Phyllis will be held Saturday afternoon, June 20, 2020 at 5:00 p.m. in the funeral home chapel with Rev. Ken Pierce officiating. Graveside services will be held Sunday morning at 10:30 a.m. at Rhea Memory Gardens, followed by a white dove release. Please share your memories of Phyllis on her online guest register at www.vanderwallfh.com. The family is being cared for by the Vanderwall Funeral Home in Dayton where they will receive friends Saturday afternoon from 2:00 p.m. - 5:00 p.m. Memorial contributions may be made to the church she served and loved so much First United Methodist Church in Dayton or to St. Jude's Children's Hospital.

Phyllis Patterson Dill, age 78 of Dayton, passed away Thursday afternoon, June 18, 2020 at her home in Dayton. Phyllis was born on July 23, 1941 in Dalton, GA, the daughter of the late John F. and Sybil (Treadwell) Patterson. She was also... View Obituary & Service Information

The family of Phyllis Dill created this Life Tributes page to make it easy to share your memories.

Send flowers to the Dill family.