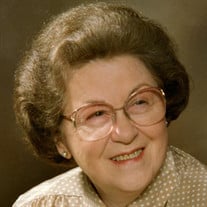 Mayme Kerley Sheddan Bedford, age 92, of Dayton, passed away Monday, January 16, 2017 at Rhea Medical Center, after a prolonged battle with Alzheimer’s. She was born on June 29, 1924 in Bledsoe County to the late Robert and Cora (Henderson) Kerley. She was a member of the First United Methodist Church of Dayton. At 18, after graduating valedictorian from Rhea Central High School, she took a Civil Service job in Washington, D.C. to work for the Navy Department during World War II, where she supervised about twenty secretaries whose job was to answer letters from wives and mothers about their servicemen. There she met her husband, Robert Sheddan. Following his death, she later married Fred Bedford, who at one time had been one of her teachers at Bryan College. After a span of 17 years, she enrolled in Bryan College and earned her B.S. in 1965. That was followed by an M.Ed from UTC and an Ed.D from UTK. She served in various positions at Bryan College, including Administrative Secretary, Dean of Women, Financial Aid Officer and Dean of Counseling Services, Testing and Financial Aid, Professor of Education and Psychology, Division Chairman, Academic Vice President and Dean. She also was elected to a six-year term on the Rhea County School Board, serving as chairman in 1977. She was preceded in death by her first husband Robert Sheddan and by her second husband Fred Bedford. She is survived by her three children, Barbara (Herman) Posey, Frank (Barb) Sheddan and Beverly (Ray Lester) Sheddan, stepson Tom (Carolyn) Bedford, seven grandchildren, Scott Posey, Jennifer Martin, Melody Ruehling, Colleen McCowan, Michael Sheddan, Carli Hatch, Maria Hatch and seventeen great-grandchildren. Funeral services for Mayme will be held Wednesday afternoon at 3:00 p.m. in the funeral home chapel with Dr. Danny Ruehling officiating. She will be laid to rest in Rhea Memory Gardens. Memorial contributions may be made to Bryan College or to the Alzheimer’s Association. Please share your memories of Mayme on her on-line guest register at www.vanderwallfh.com The family is being cared for by the Vanderwall Funeral Home in Dayton where they will receive friends Wednesday from 1:00 p.m to 3:00 p.m.

Mayme Kerley Sheddan Bedford, age 92, of Dayton, passed away Monday, January 16, 2017 at Rhea Medical Center, after a prolonged battle with Alzheimer&#8217;s. She was born on June 29, 1924 in Bledsoe County to the late Robert and Cora (Henderson)... View Obituary & Service Information

The family of Mayme Sheddan Bedford created this Life Tributes page to make it easy to share your memories.

Send flowers to the Bedford family.