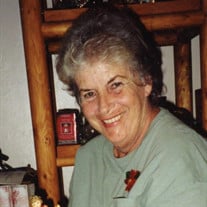 Louise Linville Dayton Louise Lorraine Larsen (Shriver) Linville, age 80, went to meet her Savior on September 1, 2021, in Dayton, TN. She is survived by her children Dawn (Tom) Gardner, Heidi (Chris) Rose, and Mark Shriver. She is also survived by her grandchildren (listed in order of age) Codi Jourdan, Amber Rose (Nathan) Bartels, Tate Rose, Benjamin Gardner, Pearce Shriver, and Luke Gardner. She has two great grandsons, Oliver and Asher Bartels, who she loved to watch and interact with. Louise was proceeded in death by her parents, Helen Larsen and Peter Larsen, and also by her husband Samuel C. Linville and her former spouse, Paul S. Shriver. Louise was born in San Rafael, California on November 20, 1940, the only child of the late Helen and Peter Larsen. She lived all of her early life in Alameda. After High School, Louise moved to Hawaii to work and adventure. Here she met Paul S. Shriver and they were married on December 16, 1960. They moved to Paul’s hometown, Canton, Ohio where their three children were born. Soon after the birth of their third child they moved to Boca Raton, Chiefland and eventually Naples, Florida. Sometime after a divorce, Louise married Sam Linville, who passed away in 1993. Due to health problems, Louise moved to Dayton, Tennessee in 2013 to be near her daughters. Louise was very well rounded, interested in many things, and has touched many people over the years. She enjoyed her children, grandchildren, art of most kinds, adventure, playing the piano, archeology, travel (especially out west), Native Americans and their culture, the beach, the mountains, motorcycling, camping and she liked animals. She was an accomplished artist along with being an accomplished seamstress, making her older daughter’s wedding dress and some of the bridesmaid dresses. Louise held a variety of jobs over the years including a phone operator (Hawaii), and as a secretary and administrative assistant in a variety of jobs. Louise painted original artwork in a variety of mediums, including motorcycles, gourds, and murals on the wall of Naples Christian Academy. Funeral services for Louise will be held Saturday, September 4, 2021 at 5:00 p.m. at Grace Bible Church in Dayton with Pastor Jim Woychuk officiating. Please share your memories and photos of Louise on her online guest register at www.vanderwallfh.com. The family is being cared for by Vanderwall Funeral Home where they will receive friends Saturday, September 4, 2021 from 3:00 to 5:00 p.m. at Grace Bible Church in Dayton. Memorial contributions may be made to https://www.samaritanspurse.org/operation-christmas-child-countries/native-americans/

The family of Louise Lorraine Linville created this Life Tributes page to make it easy to share your memories.

Send flowers to the Linville family.