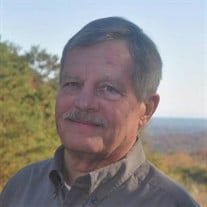 Kendred Miller “Ken” Hudgins, Jr., age 65 of Soddy Daisy died Saturday, January 30, 2016 at Memorial North Park. He was born in Chattanooga on February 7, 1950 the son of the late Jack and Martha Jo (Hogue) Hudgins, Sr. He was also preceded in death by his sister, Joy Weir. Ken was a graduate of Red Bank High School and had been a resident of Soddy Daisy since 1973. He served his country with the US Army. Ken was a supervisor at the TVA Sequoyah nuclear plant in the electrical maintenance department. He was a member of the IBEW Local 175 and the Soddy United Methodist Church. He was an avid fisherman, reader, Tennessee Vols fan and he enjoyed listening to country music. He is survived by his wife of 34 years, Kathy (Walker) Hudgins of Soddy Daisy, his son, Jeremy Yother of Soddy Daisy, his daughter, Amanda (James Brown) Yother of Hixson, his brother, Edward (Toni) Hudgins of Dayton, six grandchildren, Shane Yother of Honolulu, HI, Katelyn Yother of Dunlap, Preston Yother of Dunlap, Aden Yother of Dawnville, GA, Ashlyn Lisiecki of Soddy Daisy and Owen Massingale of Hixson along with several nephews and nieces. Funeral services for Ken will be held Monday afternoon at 3:00pm in the funeral home chapel with his friend, Rev. Bob Randolph officiating. He will be laid to rest in Rhea Memory Gardens. Please share you memories of Ken on his online guest register at www.vanderwallfh.com. The family is being cared for by the Vanderwall Funeral Home in Dayton where they will receive friends Monday after 12 noon.

The family of Kendred Miller Hudgins Jr. created this Life Tributes page to make it easy to share your memories.

Send flowers to the Hudgins family.