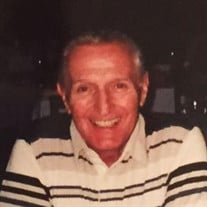 Donald Reeves Spring City Donald W. Reeves died at home in Spring City on November 9, 2016. He was 82 years old. Survived by his wife Gwen (Cantrell) Reeves, son Robert Alan Reeves and wife Jennifer (Taylor) Reeves, son Richard Wayne Reeves and wife Carol (Gibson) Reeves, and grandchildren Andrew Wayne Reeves and wife Chelsea (Burger) Reeves, Lindsey Reeves Walker and husband Brian Grayson Walker, Taylor Wayne Reeves and wife Chelsea (Gastineau) Reeves. Don and Gwen were married in 1956 after they both completed their education at the University of Illinois at Urbana, Il. Don was from Chicago and Gwen was a local girl attending the University. The day after their wedding, they started across country to Virginia to begin Don’s army services as a 2nd Lt. in the Army Corps of Engineers. In 1979, Don retired as an Army Colonel. In the between time, they had twin sons, Richard and Robert, moved 17 times around the country, spent four years in Germany, had a glorious four year tour as an Associate Professor at West Point, NY, had hardship tours in Korea and Vietnam, attended the Army War College in Carlisle, PA, and decided that East Tennessee would be their future retirement home. In 1986, Don and Gwen built their dream home on the Watts Bar lake front property that they had purchased in 1974. Their three grandchildren grew up spending vacations each summer on the Watts Bar Lake. Richard and Robert had finished college at the University of Tennessee, Knoxville or Virginia Polytech Institute in Blacksburg, VA respectively and both boys have married local girls from Maryville and Kingston. Both sons and families reside in the Nashville, Chattanooga, Memphis or Atlanta area. Their marriage was a match made in heaven and will forever hold memories for the survivor. There can be little sorrow as they had a full, happy, healthy and prosperous time. Donald will be laid to rest at the Chattanooga National Cemetery. Thank you for your kind thoughts and remembrance. Memorial contributions may be made to Almost Home Pet Foundation, P.O. Box 645, Dayton, TN 37321. Please share your memories of Donald in his online guest register at www.vanderwallfh.com. The family is being cared for by Vanderwall Funeral Home in Dayton.

The family of Donald Wayne Reeves created this Life Tributes page to make it easy to share your memories.

Send flowers to the Reeves family.