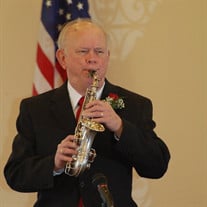 Dick Bowers Spring City, TN Richard Stribling Bowers, Sr. age 75 of the Cedine Community, Spring City, TN went to be with his Lord and Savior Jesus Christ early Saturday morning, August 13, 2016. He was born in Gainesville, GA on July 23, 1941 to the late Frank and Helen (Stribling) Bowers. He was also preceded in death by his wife Leah (Ferguson) Bowers and his daughter Bethany Lynnette (Bowers) Appleton. Dick was a graduate of Tennessee Temple University earning a double major in both music and Bible. He was a long time resident of Sassafras, KY until moving to the Cedine Community in Spring City, TN in 2011. He served as a missionary for many years with the Scripture Memory Mountain Mission and Camp Nathanael located in Emmalena, KY. He is survived by his wife Joan (Fox) Fields Bowers of Spring City, TN, two sons, Richard (BethAnn) Bowers, Jr. of Hindman, KY, Timo (Amanda) Bowers of Mt. Hope, WV, his daughter Bonnie (Tim) Lowry of Summerville, SC, and his eight grandchildren. He is also survived by two step-sons, Rob Fields of Kansas City, MO, Rick Fields of Knoxville, TN and seven step-grandchildren. Funeral services for Dick will be held Monday evening at 6:00pm at the Christian Fellowship Church on Grandview Mountain with Pastor Steve Zimmerman officiating. His body will lie in state at the church for two hours prior to his funeral. He will then be taken to Hindman, Ky for additional funeral services and burial. Please share your memories of Dick on his online guest register at www.vanderwallfh.com. Memorial contributions may be given to either Cedine Ministries in Spring City, TN or to the Christian Fellowship Church in Grandview, TN. The family is being cared for by the Vanderwall Funeral Home in Dayton, TN.

The family of Dick Bowers created this Life Tributes page to make it easy to share your memories.

Send flowers to the Bowers family.