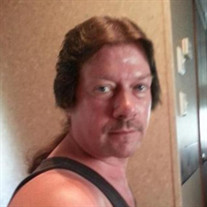 David Schrimpsher Dayton William David Schrimpsher age 59 of Lumberton, NC and formerly of Dayton passed away Thursday, January 14, 2021 at the Southeastern Regional Medical Center in Lumberton, NC. He was born in Rhea County on July 30, 1961 and was employed as a supervisor with Kayser Roth Hosiery Mills in Dayton and then in the last several years in Lumberton as the die house manager. He was a TN Vols fan, and enjoyed gardening and being outdoors. He is survived by his wife Shirley (Darr) Schrimpsher of Lumberton, NC, his son, David (Crystal) Schrimpsher of Meigs County, two grandchildren, his mother Wanda (Ron) Brown of Chattanooga, two sisters, Monica (Dewayne) Robinson of Dayton and Erica Schrimpsher of Decatur. Also surviving are three step-children, Tonya Rogers, Chris Darr and Heather Roberson all of Dayton, three brothers-in-law, Mark (Betty) Darr of Dayton, Charles Dillard of NC, Danny (Lisa) Dillard of Crossville, mother-in-law, Mildred Darr of NC, three aunts, Edna (Gene) Douglas and Peggy Braswell both of Dayton and Norma (Larry) Ward of Decatur, uncle, Charles Schrimpsher of Dayton, his special cousin Tom Schrimpsher of Dayton and his two faithful companions, Princess and Mac. David was preceded in death by his father, William Schrimpsher, sister, Amanda Schrimpsher, sister-in-law Virginia “Ginger” McCall and nephew Justin McCall. Funeral services for David will be held Monday afternoon, January 18, 2021 at 4:00pm in the funeral home chapel with Rev. John Fields officiating. He will be laid to rest next to his dad in Rhea Memory Gardens. Funeral service will be livestreamed at: https://my.gather.app/remember/david-schrimpsher Please share your memories and photos of David on his online guest register at www.vanderwallfh.com. The family is being cared for by the Vanderwall Funeral Home where they will receive friends one hour before the funeral.

The family of David Schrimpsher created this Life Tributes page to make it easy to share your memories.

Send flowers to the Schrimpsher family.