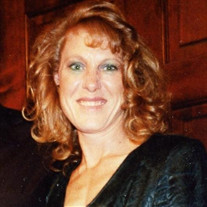 Cynthia O’Rear Dayton Cynthia June O’Rear age 58 of Dayton passed away Wednesday February 24, 2016 at Rhea Medical Center .She was born in Bridgeport, Al on August 25, 1957 to Alene (Lewis) Parker and the late Jerry Parker. Over her lifetime, Cindy had many accomplishments. After graduating from high school she went on to receive her associates degree in mechanical engineering. She served in the U.S. Air Force and was stationed in England. Cindy had lived in Florida, Georgia, New York and Germany. She worked on a shrimp boat, built electronic circuit boards, designed web pages, was a stained glass artist, an accomplished gardener, substitute teacher, and was an Assisistant Unit Operator at Browns Ferry Nuclear Plant. She was a loving daughter, wife and mother. Cynthia was a cherished friend and fun companion. The lives of those she touched were better for having known her. She was intelligent, hilarious, savvy, stern when needed and soft when appreciated. She cannot be replaced and we will all cherish her memory. She is survived by her husband Richard Allan O’Rear of Dayton, two sons; Kevin Marshall O’Rear of Red Bank, Eric Allan O’Rear of Hixson, a daughter Rachel Nicole O’Rear of Hixson, her mother Alene Parker, one brother Richard (Rebecca) Parker nieces and nephews; Angel,Nicki,Jeramiah,and Johnathan all of Ft.Oglethorpe. A graveside service will be held Monday morning at 10:00a.m. at the Chattanooga National Cemetery with military honors. Please share your memories of Cynthia on her online guest register at www.vanderwallfh.com . The family is being cared for by the Vanderwall Funeral Home where they will receive friends Saturday at 12:00 noon to 4:00p.m. .

The family of Cynthia June O'Rear created this Life Tributes page to make it easy to share your memories.

Send flowers to the O'Rear family.