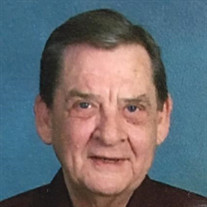 Charles “Charlie” Milton Beam, age 79, of Dayton, died Sunday afternoon, December 23, 2018 at his home. He was born on April 27, 1939 in Hickory, NC to the late Henry and Alma (Smyre) Beam. He was also preceded in death by his brother, Jerry David Beam. He was a Rhea County High School graduate Class of 1957, and studied Architecture at Tennessee Tech. Charlie served his country with the US Navy. He was a resident of Memphis from 1967 until 1977 at which time he returned to Dayton. He was a Manufacturer’s Representative for Farm & Hardware supplies at Wilson Beam, where he retired. Charlie was always a people person and involved with farm and hardware sales. He loved playing games and spending time with his family and grandchildren. He was an avid fisherman and a poor but diligent golfer, the king of piddling. Charlie was voracious and active in Bible study and teaching Bible studies. He was a life long member of the Lutheran Church Missouri Synod (LCMS), a disciple of Martin Luther and a member of the priest hood of all believers. Charlie was without a doubt a consistent prayer warrior and he supported missions and loved the Lutheran faith, liturgy and the singing of hymns and praises (participating in the choir over the years). He never shied away from a debate on religion or politics, but always heard both sides respectfully. Charlie was a lifelong conservative, a member of the Republican party and participated in Fox News daily. He was instrumental in getting a special needs program started at Christ the King Lutheran Church and School in Memphis and expansion of the school classroom grades; instrumental in starting the TAP (Tapping all Potential) program of Dayton City School/Gifted Program in the late 70’s; instrumental in the establishment of Prince of Peace Lutheran Church in Evensville and charter member, holding a plethora of positions in the church while leading many Bible studies. Above all he loved the Lord Jesus Christ with all his soul, mind and strength. He is survived by his wife of 61 years, Nancy (West) Beam of Dayton; his children, Henry David Beam II of Dayton, Charles “Daryle” (Amber) Beam of Signal Mountain, Allison “Daniel” Beam and James Christopher (Jennifer) Beam both of Dayton; his grandchildren, Elizabeth Scout Beam, Samuel Henry Beam and Benjamin James Beam; his siblings, Mary Jo Wells of Tucson, AZ, Judy Annette (Bobby) Kyker of Athens and Walter Lynn (Terrie) Beam of Savannah, GA. Funeral services with military honors for Charlie will be held Thursday evening at 7:00 p.m. in the funeral home chapel with Pastor Clifford Herd officiating. He will be laid to rest in Rhea Memory Gardens Friday morning at 11am. Please share your memories of Charlie on his online guest register at www.vanderwallfh.com. The family is being cared for by the Vanderwall Funeral Home where they will receive friends Thursday after 4:00pm.

The family of Charles Milton Beam created this Life Tributes page to make it easy to share your memories.

Send flowers to the Beam family.