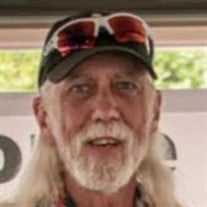 Bruce Michael “Mike” Fielden, age 65, passed away Wednesday afternoon, August 25, 2021 at Rhea Medical Center in Dayton. He was born on February 21, 1956 in Knoxville. Mike was also preceded in death by his father, Jack Fielden and his brother, Richard Fielden. Mike retired after more than 30 years at TVA where he worked in the Power Systems Operations and Technical Training Groups. He earned his title “The Professor” early on because of his knowledge and instructional capabilities. These same traits were evident in his true love of firearm competitions at which he excelled. Mike held multiple shooting certificates and competition awards, but as always and more importantly to him, he was the “answer guy” to all his competitors. He excelled in all his endeavors whether it was tennis, archery, fishing, poetry or his true love firearm competitions. He conquered each of these while all the time making it look easy to others. Mike was a true patriot and loved his country. His most important endeavors however was his relationship with his Lord Jesus Christ, which to him was the easiest of all to conquer. He was a member of the Morristown First Baptist Church. Mike was “the Rock” to many in many different ways and will truly be missed by his family and many friends. He is survived by his mother, Joyce Fielden of Morristown; his son, Chris (Krystal) Fielden of Dayton; his daughter, Stephanie Nixon of Dayton; five grandchildren, Gage Fielden, Christen (Jesse) Floyd Fielden, Paxton Fielden, River Fielden, and Billy Fielden; two great-grandchildren, Haizlee Floyd and Alice Floyd; the mother of his children, Sharon Fielden of Dayton; and his companion, Sue Mangum of Georgetown. Funeral services for Mike will be held Monday afternoon, August 30, 2021 at 2:00 p.m. in the funeral home chapel with Dr. Dean Haun and Pastor Danny Georges officiating, from Morristown Baptist Church. He will be laid to rest in Rhea Memory Gardens in Dayton. Pallbearers will be members of the Dodd Squad and his fellow shooting enthusiasts. Please share your memories and photos of Mike on his online guest register at www.vanderwallfh.com. The family is being cared for by Vanderwall Funeral Home in Dayton where they will receive friends Monday, August 30, 2021 after 12:00 noon. Memorial contributions may be made to St. Jude’s Children’s Hospital.

The family of Bruce Michael Fielden created this Life Tributes page to make it easy to share your memories.

Send flowers to the Fielden family.