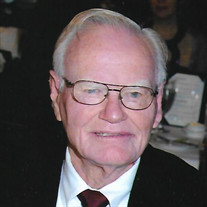 Arthur Jackson “Red” Mincy, 92, reunited with his beloved wife and two eldest daughters in Heaven on December 12, 2020. He passed away in Dayton, TN at the dream retirement home he built on the lake for his wife and himself surrounded by his surviving children. Arthur was born on February 13, 1928 in Marytown, WV to James William and Allie Odell Holcomb Mincy. He grew up in Rhea Springs and Spring City, where he shared many wonderful childhood memories. Mr. Mincy joined the Army at age 18 and served as military police in New Jersey and California. After the Army, he began his career as an electrician with Tennessee Valley Authority, with most years spent in Crossville, TN. He received a Safety Award from the TVA Power System Operations division for completing 37 safe work years before he retired from his position as an Electrical Foreman in Cleveland, TN in January 1986. After retiring, he worked for a while as a building electrical inspector in Rhea County. He was a member of the Knights Templar, a fifty-year member of the Cryptic Masons, a sixty-year member of the Free Masons, and a fifty-year member of the Order of Eastern Star. Those who knew and loved Arthur will remember him as a man who loved working with his hands and kept moving forward no matter what life threw at him. There wasn’t anything he couldn’t build or repair and he used his talents in many ways from building furniture for his family, to repairing appliances, and building and remodeling homes. He liked to stay busy and was never one to sit still for too long. He always greeted the day before the sun rose and stayed busy with his projects and hobbies. He loved cornbread and milk, strawberry ice cream, and bologna sandwiches with tomato and extra onion. He loved to fish and could frequently be seen on the lake cruising in his boat looking for the right fishing spot. He cultivated bountiful gardens of vegetables that he loved to can and preserve and share with his family and friends. In his final year, he especially enjoyed the time he spent in the garden with his son, Phil, and even initiated a competition to see who could grow the best tomatoes, which he won. In earlier years he loved to travel with his wife, Mary Jeanette. Together they visited all 50 states and several countries on cruises. In more recent years he enjoyed travel with his close friend Debbie McWilliams and others from the Spring City Senior Center. When not working on one of his projects, in his home workshop, or garden, Mr. Mincy could often be found at church where he taught Sunday school and Bible study, lead worship services, and loved to sing in the choir. He was a member of the First Christian Church in Crossville until he relocated to Cleveland in 1981. While living in Cleveland, he was a member of the Tasso Christian Church. After retiring to Dayton, TN, he joined Salem Baptist Church. Without doubt his greatest legacy is the family he leaves behind: son Phillip (Kathy) Mincy of Soddy Daisy, TN; daughters Phyllis (Chuck) Dixon of Homosassa, FL and Cheryl (Jason) Fitzgerald of Dayton; son-in-law, Ronald Hughes of Soddy Daisy, TN; grandchildren Christina Mincy, Brandon (Amie) Hughes, Katherine Mincy, Lori (Matthew) Dillingham, Rebecca (Hayden) House, Casey (Sarah) Hughes, Jacqueline Dixon, Alex (Keefe) McIntosh, Caroline Dixon, and Lainey Fitzgerald; great-grandchildren Ethan Hughes, Gwenivive House, Leilani Hughes, Anwen House, Philippa (Pippa) Biggs, Teague Arthur House, and Savannah McIntosh; sister Nina Yarberry; and many nieces and nephews. His grand and great-grandchildren will forever cherish memories of time with their Papaw, from horsey rides on Papaw’s lap, to riding on a piece of plywood he tied to the back of his tractor to pull them around the yard, to birthday celebrations and holiday family gatherings. They will especially remember Christmas Day at Papaw’s house, the annual family gathering full of food, love, and piles of crumpled up wrapping paper and new toys. They will fondly remember how their Papaw always tried to be there during the most important events in their lives as he was able. He always tried to remember his family’s birthdays and would call to sing “Happy Birthday,” and he liked to push a slice of cake or pie or a bowl of ice cream into your hands when you came to visit him. They will strive to live by his example of always being there for your loved ones. His children will remember their father as a man with a generous heart, steely perseverance, and unshakable faith in God. From an early age he taught them to be kind to people from all walks of life and trust in the Lord’s plan for them. This approach to life helped him stay strong for his family through the loss of two daughters: Sherry Diane Mincy, who died in the 1955 Spring City school bus and train wreck, and Mary Janice Hughes, who lost her battle with cancer, the loss of his beloved wife of 63 years, Mary Jeanette Mincy, and his grandson, Jackson Ace Fitzgerald, in 2011. He was also preceded in death by his parents James William Mincy and Allie Odell Mincy, and brothers Ray Mincy and Floyd (Tobey) Mincy. His family was honored to be able to take care of their father who loved them so much by taking care of him in his final months of life. They love and will miss him dearly but take comfort in knowing he has been reunited with their mother and family in Heaven. Arthur will be laid to rest in a private family graveside ceremony at Buttram Cemetery with Vanderwall Funeral Home in charge of the arrangements. All family attending the graveside ceremony will be asked to observe CDC guidelines by wearing a mask and social distancing. A public memorial will be planned for a later date.

Arthur Jackson &#8220;Red&#8221; Mincy, 92, reunited with his beloved wife and two eldest daughters in Heaven on December 12, 2020. He passed away in Dayton, TN at the dream retirement home he built on the lake for his wife and himself surrounded... View Obituary & Service Information

The family of Arthur Mincy created this Life Tributes page to make it easy to share your memories.

Send flowers to the Mincy family.